General discussion that doesn't fit in the other boards.
Post Reply
10 posts • Page 1 of 1

So, here it be, the thread I had in my mind to summon.
In order to balance the things and thangs in universe, here be the thread about men who either inspire you or make your pants wet (whatever sex you are).
Do be aware that I put emphasis on vanity/admiration factor here, instead of how you admire someone of their deeds etc. Nothing as straight as male saying "daaaaymn that guy is fucking handsome". We are all biased, but I'd want to keep it somewhere in line of posting people who are charismatic to you yet have the looks

So there you go.
LOL HI!
Top

This thread needs White men! Let me thus follow up with just some of the handsome devils who I find inspirational: 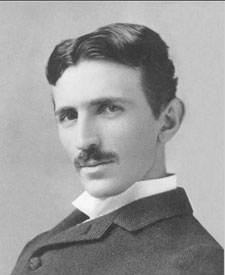 Zhou's legacy was cemented with his death in 1976 - Chinese citizens mourned him in large spontaneous public gatherings, despite government prohibitions (Zhou had fallen out with Mao). Even the Chairman's own death months later drew only muted shows of grief in comparison. Zhou remains respected today amongst Chinese for his emphasis of humility over hyperbole, endurance over excess, and his Confucianist dedication to doing what good he could, given the limitations of war, social upheaval, and monstrous masters.
"All right, I'm going to ask you a series of questions. Just relax and answer them as simply as you can."
Top Hayden died of prostate cancer at the age of 70, in all likelihood still strong enough to kick any offending idiot's ass hard enough to orbit the known world twice and decapitate a nearby homeless guy the following Thursday.
Last edited by Panoptic Blur on Sep 15th, 2011, 23:29, edited 1 time in total.
"All right, I'm going to ask you a series of questions. Just relax and answer them as simply as you can."
Top

Yuri Gagarin. No explanation needed.
"All right, I'm going to ask you a series of questions. Just relax and answer them as simply as you can."
Top

Good panoptic, thank you. I shall contribute again soon.
Though I have to say, that this went perhaps too much towards merits than admiring axe carved faces.
LOL HI!
Top

Umnir dude, nobody could fault you for posting Freddie Mercury


Fun fact - Freddie Mercury was originally born Farokh Bulsara, the son of two Indian parents who had been stationed in Zanzibar (modern day Tanzania). Although few people knew it, he was very likely one of the first big Indian rock stars in the West.
"All right, I'm going to ask you a series of questions. Just relax and answer them as simply as you can."
Top

Yea, aware of those

Umnir dances while I ponder the point of this thread and the meaning of life.